How mindfulness meditation helps you forgive 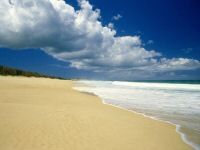 When I was travelling through Italy, I had a few encounters with people that I hadn’t experienced before. In the past, I had worked with difficult people and been mistreated at work, bullied even. Most of us have experienced a toxic work environment or a toxic relationship at some point in our lives.

However, never before had I worked with people who criticised me in public, in front of other people, loudly and constantly. As a trainee sous-chef, everything I did wasn’t good enough. Worse still, no one said anything or stopped the head chefs from talking the way they did. It was like this behaviour was expected.

The head chefs bickered about any mistake someone made. As an intern - unpaid, may I add - I felt I was expected to know without being told how a kitchen worked and how to do everything. There was little teaching going on. In one restaurant, the head chef was very reluctant to answer any questions I had or to explain the recipes. It felt like he was doing me a favour even talking to me.

These were just some of the toxic experiences I had whilst attempting to live the life of my dreams. Learning to be a chef in Italy was what I had wanted to do for so long.

The end of my dream

I had a vision of what the whole experience would look like. I, in my chef clothes and hat with a tea towel hanging out of my jacket pocket, perfecting my cooking and working the kitchen as a chef, calling out orders and communicating with other cooks to ensure everything was ready for each meal. I started to feel very disappointed when things weren’t turning out like how I’d imagined.

I worked in two restaurants before I finally gave up on my dream. I ended my internship early and felt very low. My self-esteem had taken a hammering, I didn’t feel good about who I was, I believed I had little skills. Worse still, I was worried about returning home to the job I had so desperately wanted to escape.

My plans had fallen into disarray and I blamed the people who were meant to guide me, not abuse me. I felt I had to start from scratch again.

The feelings of lowness turned to bitterness. I was angry and I hated what this was doing to my body. I was eating too much and putting on weight. I was waking up in the morning sad and full of anxiety. I hadn’t felt this way for a long, long time and it was ruining my experiences in beautiful Italy.

What was the answer?

One afternoon, on a warm sunny day, I sat down on the couch and played this meditation. It had been a while since I had practised the Loving Kindness meditation and it was never one that I did regularly. But this time I knew it was one I needed more than anything.

Over the next few days, I spent at least twenty minutes each day sharing loving kindness with the people who I struggled to work with or the people I felt had wronged me or abused me. Overall, I shared loving kindness with the whole situation I was in: my dream life cooking in Italy not working out as I had planned. My situation had turned into a disaster but I mediated on it and forgave myself for things not working out the way I expected.  I had to accept that maybe this was how it was all meant to be.

A few weeks passed and I began to feel better. The anger dissipated and I started to look for opportunities rather than dwelling on things that had occurred that I couldn’t change.

I finished the first draft of my memoir and the publication of my first book was underway. This was another dream of mine.

I began to feel lighter, more relaxed and happier again. I know this sounds cliché, but I understood that I couldn’t change the people I worked with. I could only change my reaction to them. Also, I wasn’t going to let them ruin the rest of my trip.

The meaning of forgiveness

Forgiveness doesn’t mean you have to forget what happened. Or that you have to become friends with the person or people who wronged you. Absolutely not! Forgiveness means letting go of your feelings towards what happened to you and improving how you feel about yourself. In many respects, forgiveness is more about forgiving yourself than the other person.

Another aspect of mindfulness practice and mindful living is learning to see the situation from another person’s point of view. We are all human and we are all battling something in our private lives. Some of us worse than others, although this can be subjective.

Mindful living teaches us that when we’re caught in a difficult situation, before reacting, we should stop and reflect. In the case where you may be experiencing toxicity from another person, stop and think about what might be occurring in that person’s life that causes them to behave that way. Maybe a loved one is sick or has died. Or their life is not turning out the way they planned. There are so many things that could be going on for them. We know about these situations because they happen to us all. True, not all of us turn into toxic people, but we are not all the same with the same level of strength and resilience.

This is about finding ways to let go and live your best life. And not let the burdens of other people become your burdens.